Physical Therapy Is Just As Effective As Surgery For Meniscus Tears 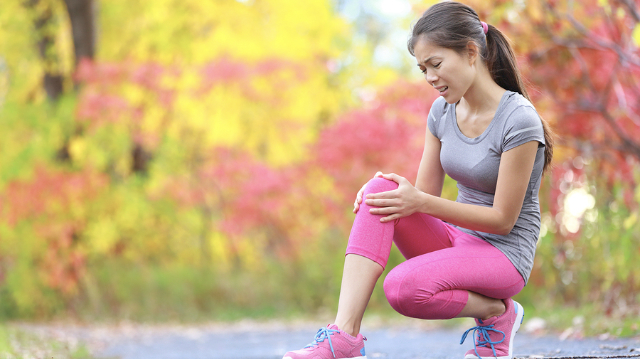 The meniscus is a tough, rubbery, C‐shaped piece of cartilage that rests between the tibia and femur in the knee. Each knee has two menisci (plural of meniscus), with one on the inner (medial meniscus) and one on the outer side (lateral meniscus) of the knee. Both menisci perform the same function: absorb shock and stabilize the knee. As we mentioned in our first post, meniscus tears occur commonly from twisting or turning too quickly on a bent knee, often when the foot is planted. But older adults can also experience degenerative meniscus tears, in which the meniscus has weakened and thinned over time, which makes it more vulnerable to tear from minor trauma.

Many people incorrectly assume that surgery is necessary for all meniscus tears. Although this may be true for some tears in certain patients, it is not always the case. The treatment for meniscus tears depends on the size, type, and severity of the tear, and many patients have successful outcomes with conservative (non‐surgical) treatment alone. Nearly all conservative treatment programs involve physical therapy, which is intended to help patients regain their lost physical function and overcome the resulting impairments from the damage to the meniscus.

Patients indicated for physical therapy program who commit to their program can often expect to experience a complete recovery and eventually return to sports. But many patients who stand to benefit from physical therapy still undergo av surgical procedure called arthroscopic partial meniscectomy (APM). This procedure involves a surgeon using small incisions to guide a camera and surgical instruments to remove part of the damaged meniscus, and it is currently one of the most commonly performed surgeries in the world. Millions of arthroscopic knee surgeries are performed worldwide each year, although it’s not clear if APM leads to better outcomes than conservative treatments like exercise and physical therapy.

Highlighting the value of physical therapy with research


Two recent studies published in 2020 compared the effectiveness of conservative interventions like exercise and physical therapy to APM for patients with meniscus tears. Both studies were systematic reviews with meta‐analyses, meaning researchers systematically searched for and then analyzed all published medical literature on this topic.

Study #1
In the first study, researchers identified 6 randomized‐controlled trials (RCTs; the gold standard for evaluating specific interventions), which featured data on 879 patients, to include in the analysis. These trials evaluated whether APM followed by structured exercise therapy or exercise therapy on its own was more effective for patients with a degenerative meniscus tear.

Results showed that APM followed by structured exercise therapy was more effective structured exercise therapy alone in terms of pain control and physical function within 6 months; however, there were no differences between these two groups by 12 and 24 months. These findings suggest that while there was an advantage of surgery in the short term, exercise alone led to similar outcomes in the long term, and could therefore be a viable option that avoids the costs and potential complications of surgery.


In the second study, researchers included 10 RCTs in the analysis, which featured data on 1,525 patients with a degenerative meniscus tear. In most of these studies, patients were randomly assigned to either undergo APM or participate in an exercise therapy program, while one study compared APM to steroid injections and another compared APM to a surgery in which no structures were repaired.

In all studies, no significant difference in knee pain was observed between the conservative group and APM group at any follow‐up evaluations. In 8 of 10 studies, no significant differences were observed in knee function between the conservative and APM group. The main finding of this review is that arthroscopic surgery for degenerative meniscal tears does not lead to superior outcomes compared to exercise therapy at least for a medium‐term follow‐up.

These studies show that many degenerative meniscal tears can be successfully managed with exercise and physical therapy, as surgery does not appear to elicit better overall outcomes.